My first Gambler 500 experience was an absolute blast. I heard it best described as a “Burning Man for Redneck, Car Nerds”. Even though Butterface, my team’s 1988 Mercedes 190E, didn’t even make it to the campsite in Chemult, Oregon, I still had a great weekend and the smiles per mile factor was through the roof. So many hilarious cars, questionable modifications, and goofy people having a good ol’ time out in the blazing hot desert.

We bought Butterface, the 1988 Mercedes Benz 190E, from a lovely couple who were the original owners. They took great care of the car for almost thirty years, replacing the brakes, exhaust and spark plugs fairly recently. Sadly last October the car was in a front-end collision, so they sold it to us. We did all kinds of work to make the car run over the next several months, including removing the smashed front end, replacing the cooling system (radiator, fans, pipes, etc.), replacing the wheel hub on the driver’s side front, installing a CV radio, re-installing the interior panels and finicky seat belt, disabling the 30-year-old airbag so it didn’t explode in our faces driving off-road, the list goes on. We made some good modifications and some bad, but photos speak better than words here: 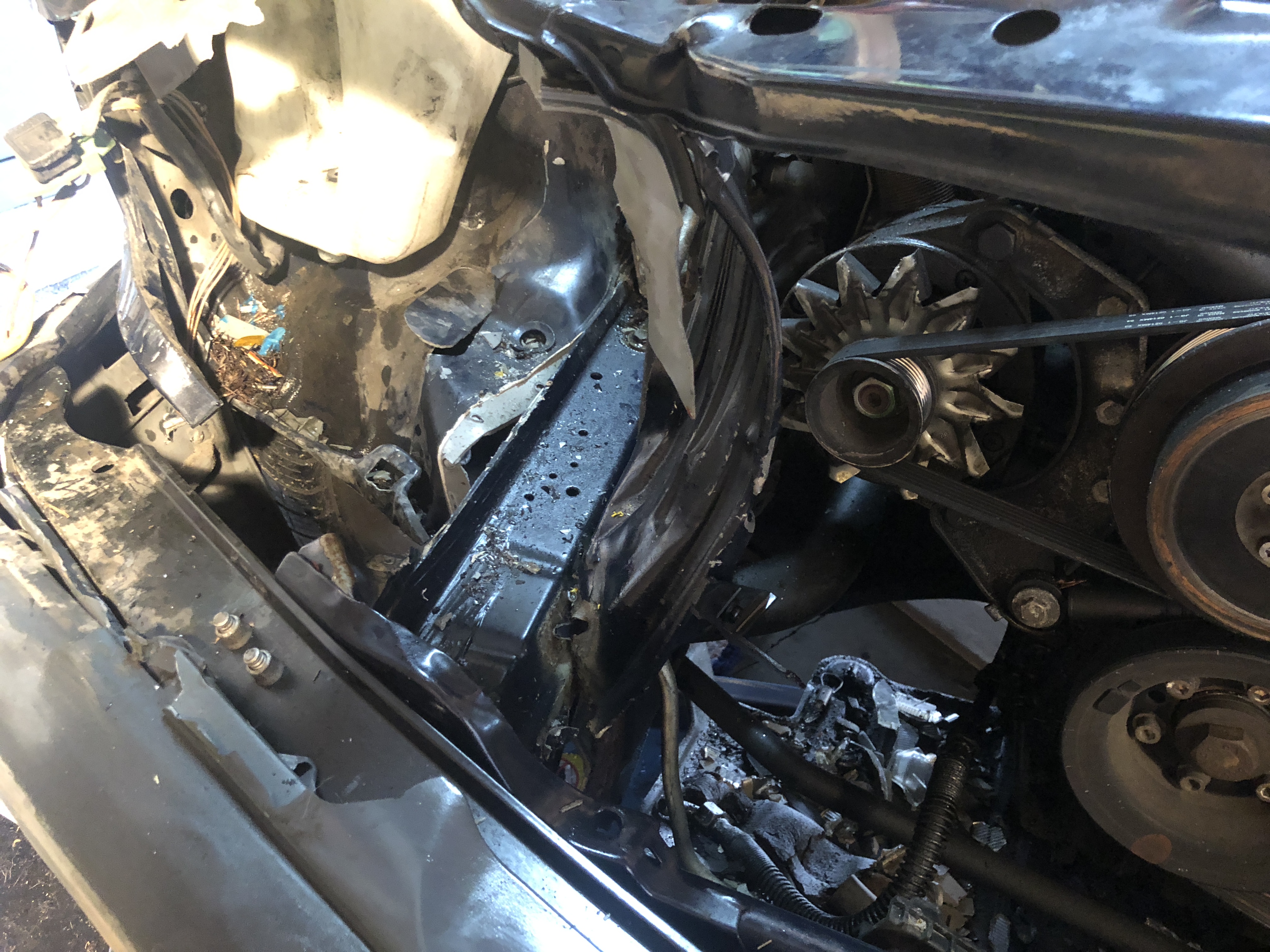 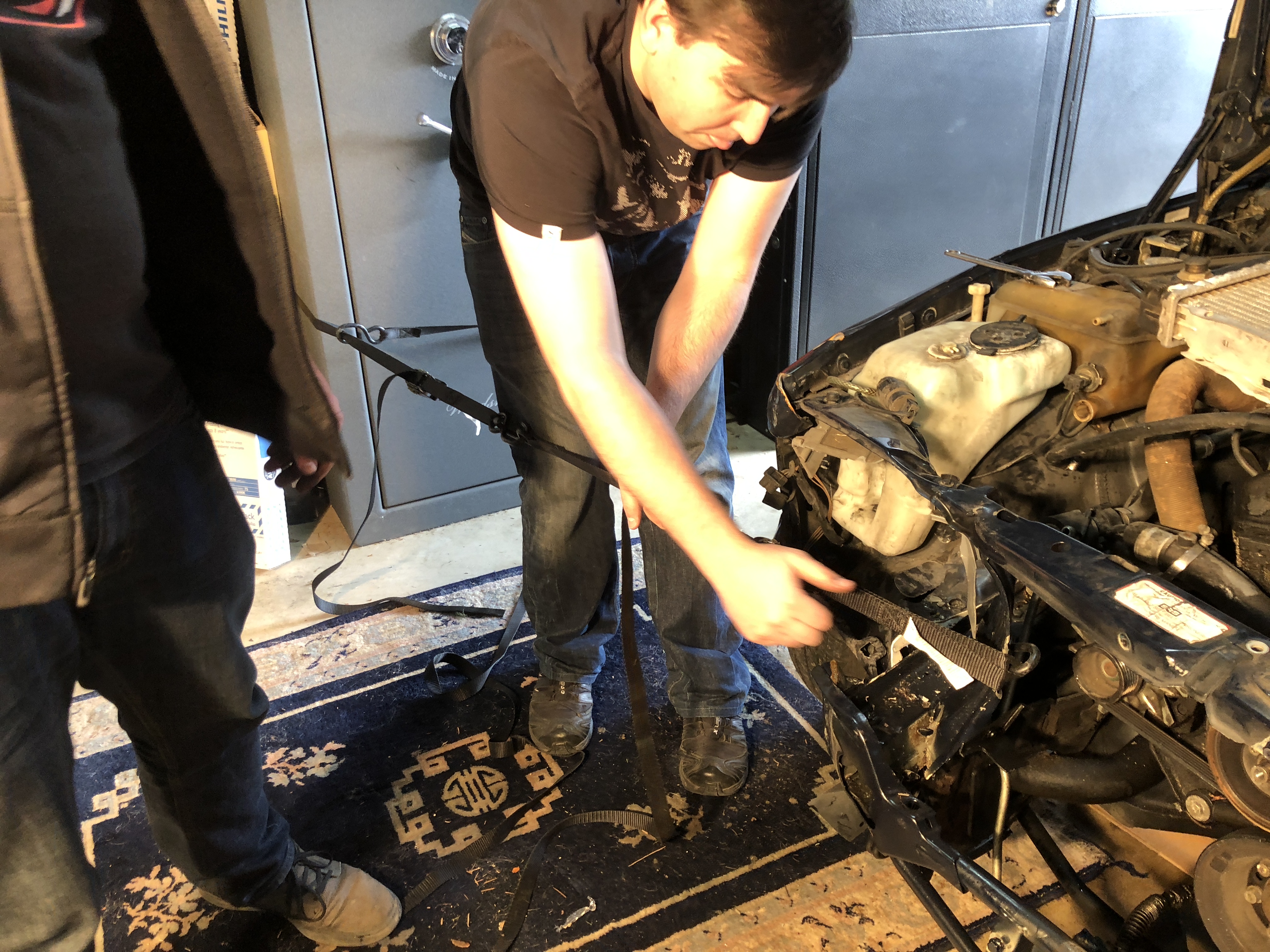 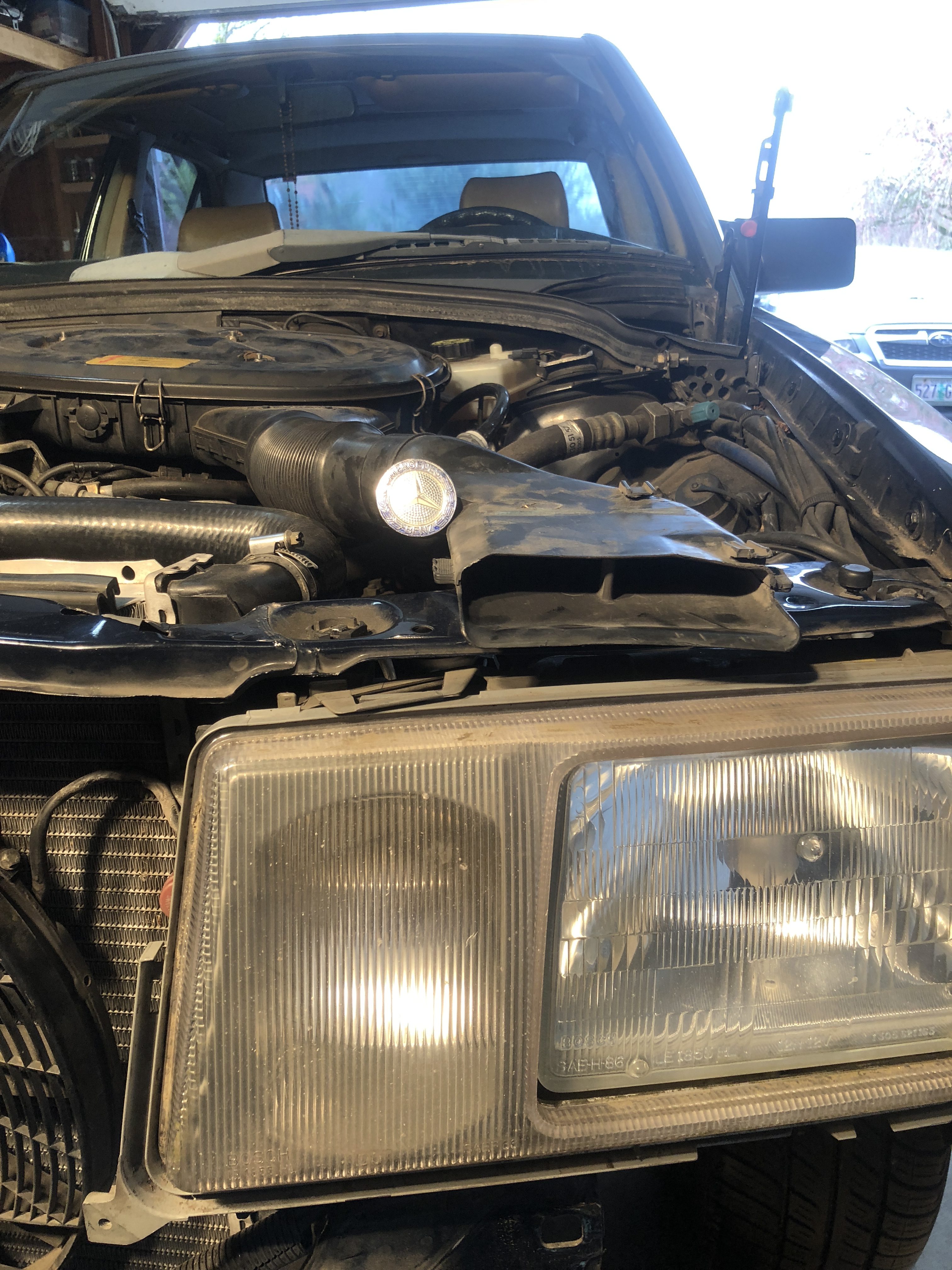 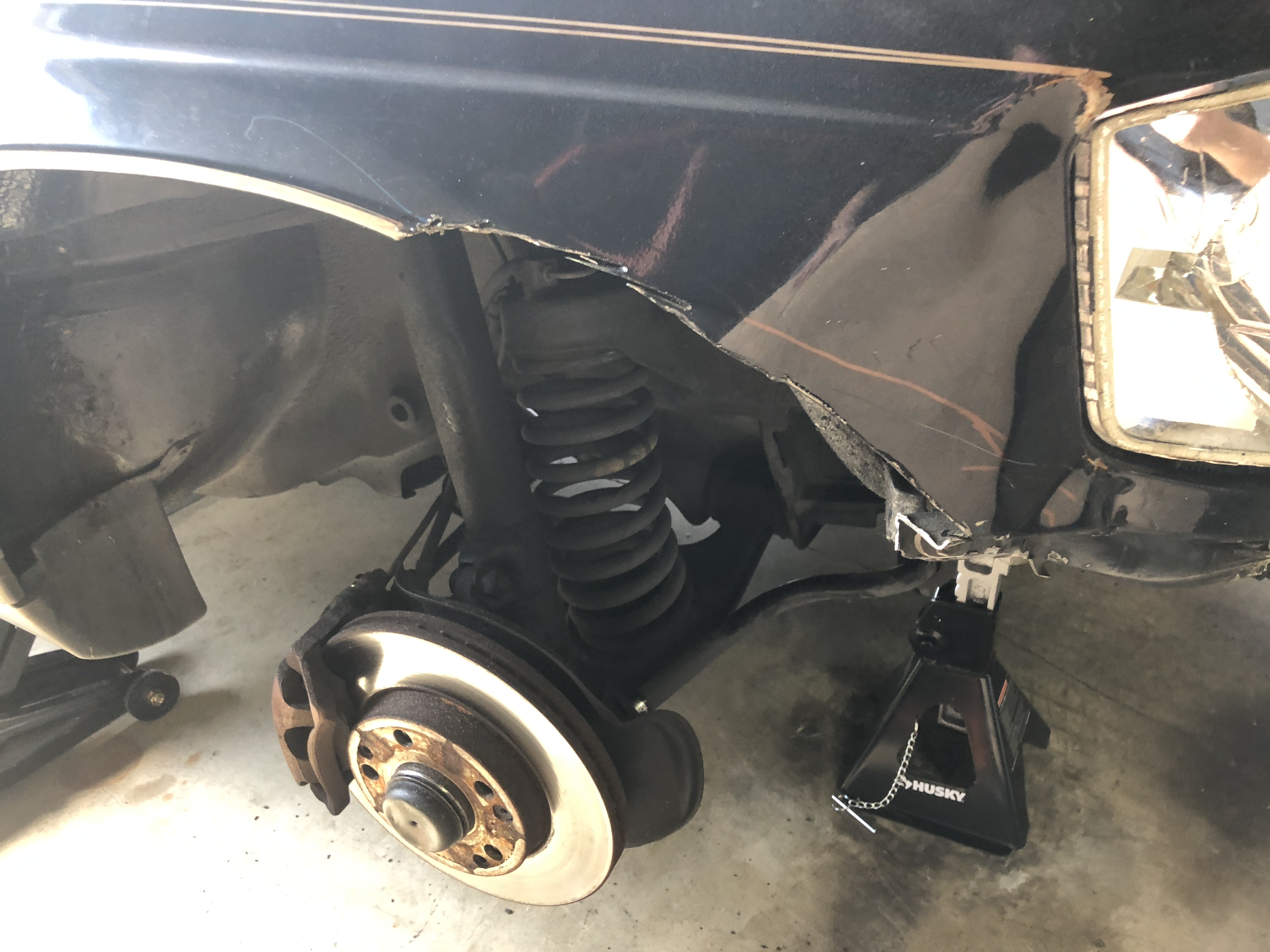 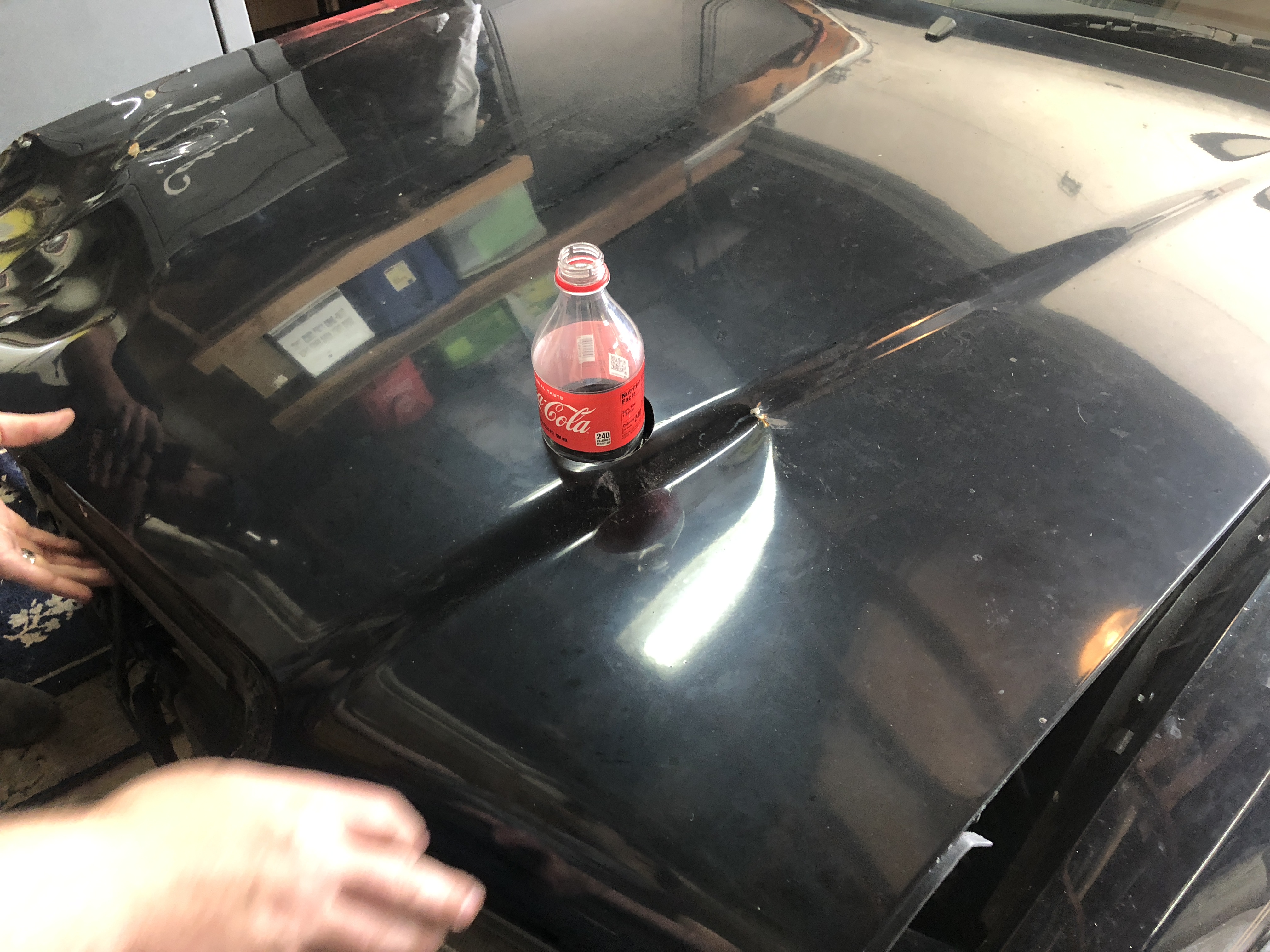 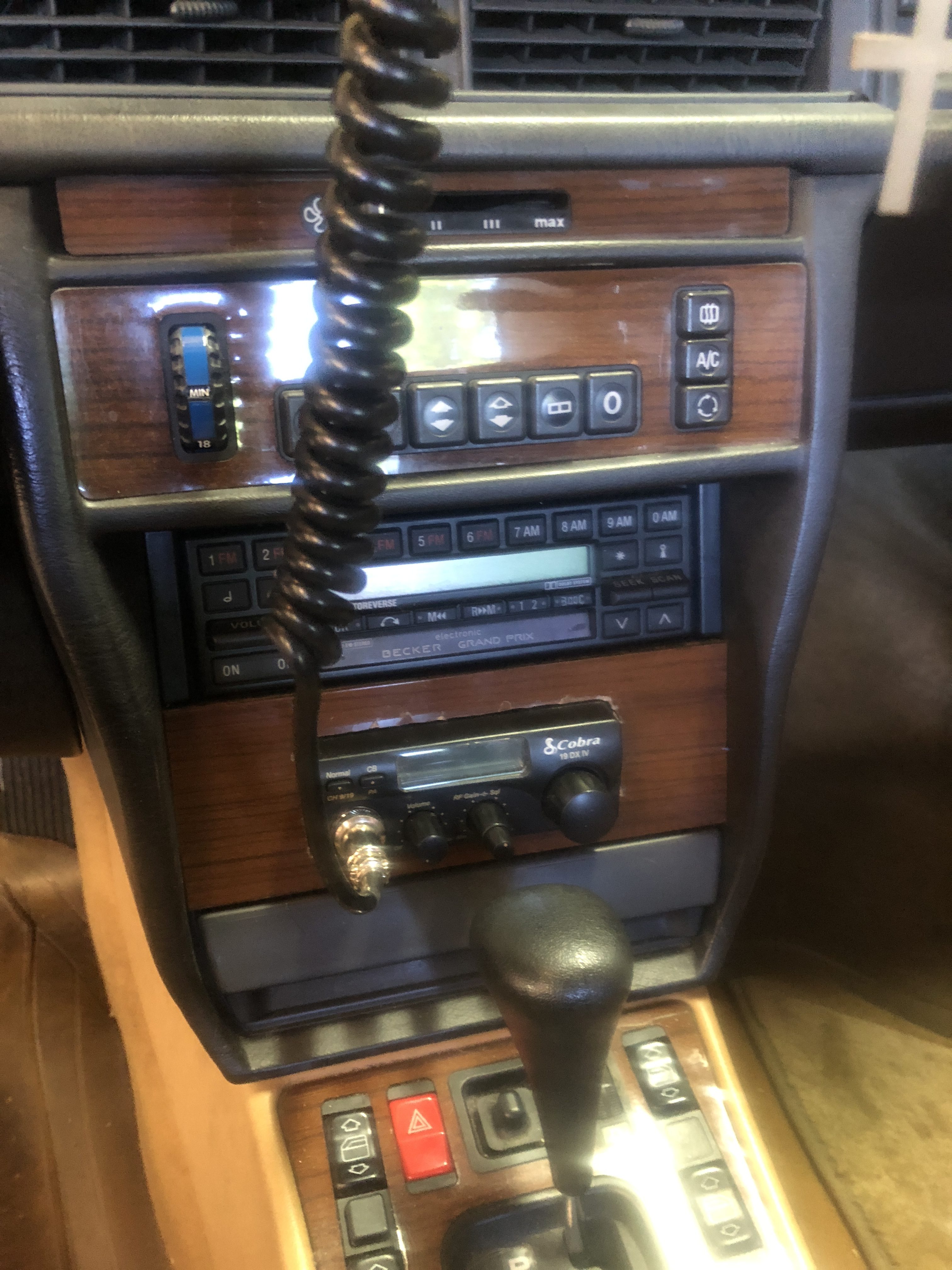 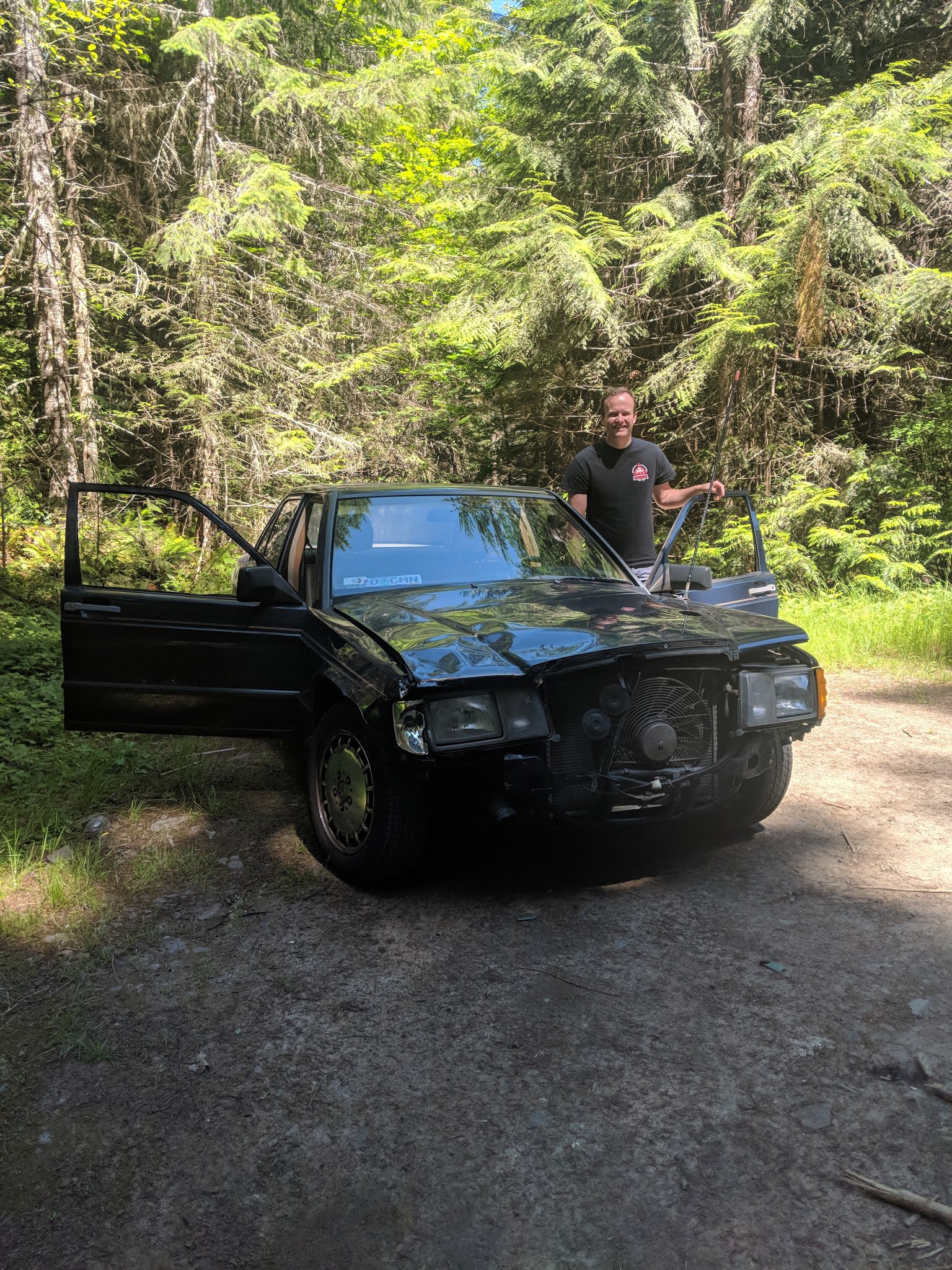 It’s the day of the rally, spirits are high, and high-fives are higher. We start the day by backing Butterface straight into the Doge (later renamed Dust Lord) in true Top Gear style. 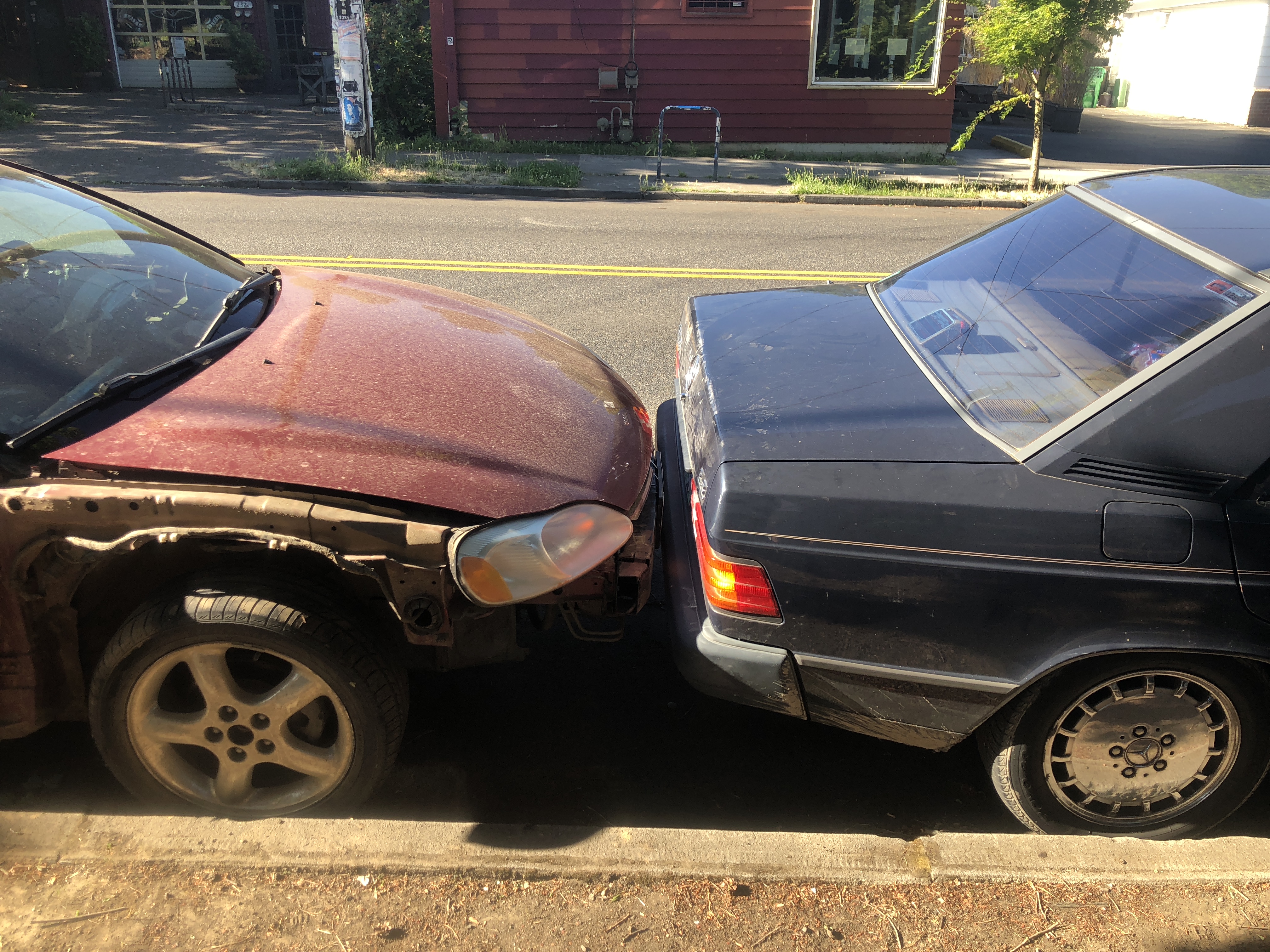 We hit the road, heading south to Oregon City to pick up an OHV pass for the Doge. Things were going great, Butterface wasn’t running too hot, and we passed a few hilarious Gambler-mobiles.

Shortly after leaving Oregon City we heard a metallic thud, and my co-pilot (driving Butterface at the time) noticed the front-end of the car didn’t seem quite right. We initially thought something had gotten stuck in the brakes, as there was a metallic squeeling, rubbing sound so we pulled over in a brewery parking lot (sorry!) and took the front driver’s side wheel off. We didn’t notice anything out of the ordinary, everything was still attached, brake pads looked fine, nothing obviously broken. So we threw the wheel back on and hit the road heading south on 99E. Well, just a few miles further down the road there was a very loud bang, and metal shooting out of the wheel of our car. Turns out the wheel bearing (at least the outer) had seized, failed and the pressure had exploded the dust cap and Mercedes logo disc off the car and across 3 lanes of traffic! We quickly pulled the shuddering car over, smoke pouring from the front driver’s side wheel. Little did we know at the time, this smoke was the outer wheel bearing metal fusing to the hub shaft. More on this later.

We limped Butterface to a nearby Napa Auto Parts store in Canby and the super helpful staff there found us the necessary bearings, grease, and a paper cup which we intended to fashion into a dust cap because surprise surprise, Napa doesn’t stock one for a 30 year old Mercedes. The Doge boys were getting hungry, and we knew how to repair the car at this point, so they hit the road and we found a Safeway parking lot to get to work. A few police-folk came by to make sure we weren’t dealing drugs and that we had enough water. All good, just a broken, unsafe to drive car 🙁 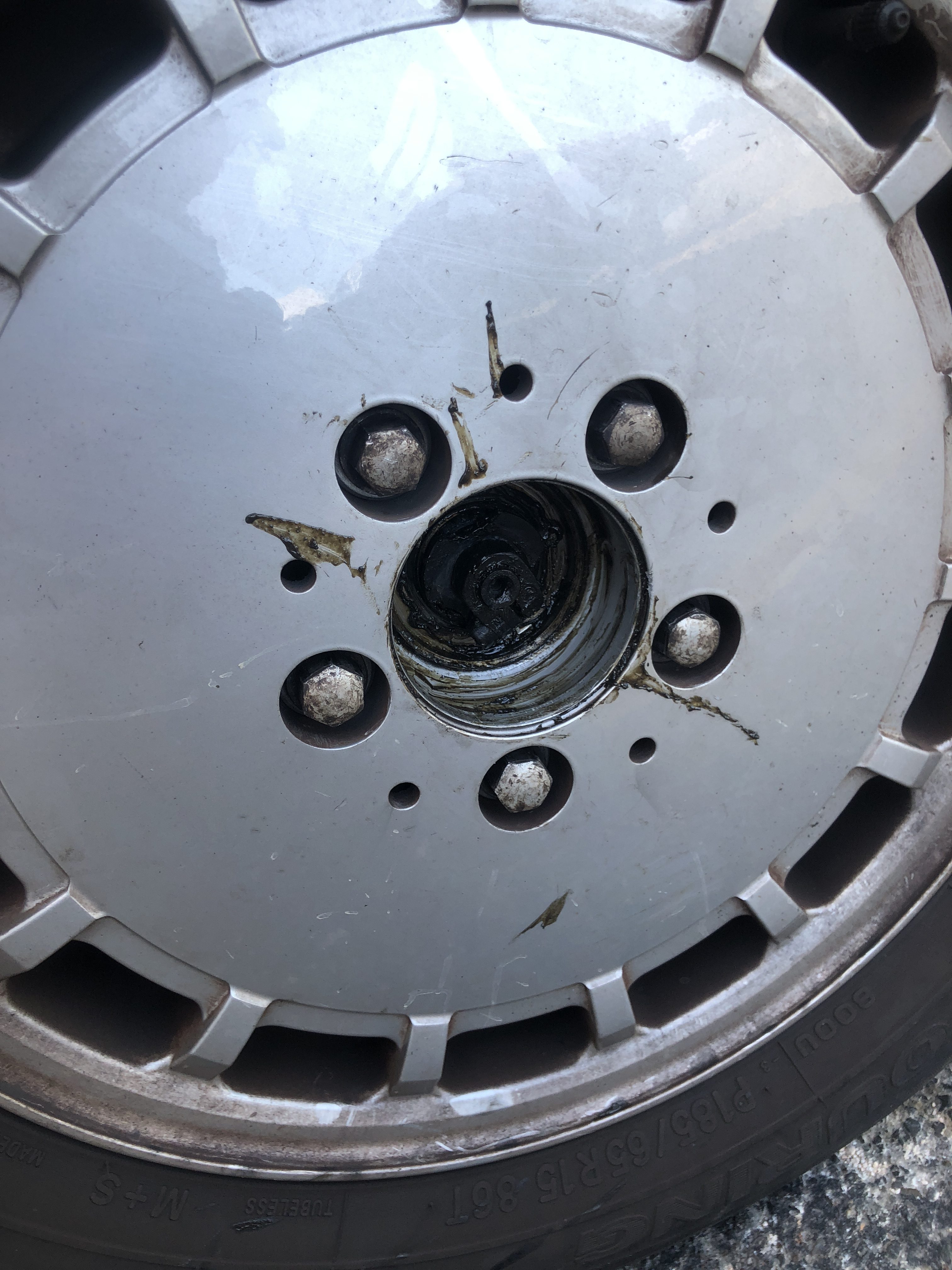 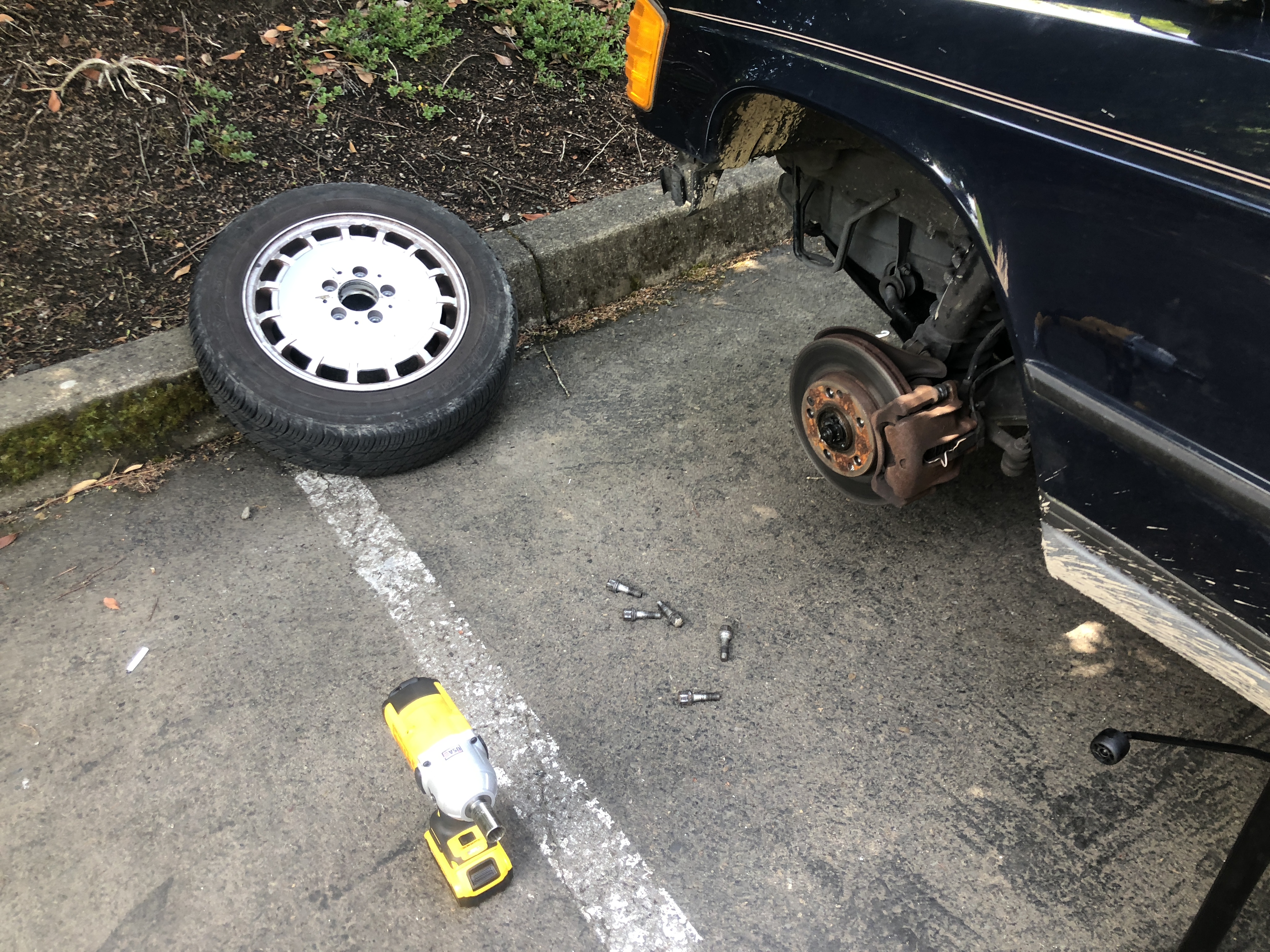 We tore off the wheel, moved the brake rotor + caliper out of the way, and started pulling at the wheel hub. But low and behold, it’s stuck solid. We wrenched at it with every tool at our disposal but couldn’t get it off. We decided to see if we could limp it home, so we put it all back together again, drove it around the block and very quickly decided we probably wouldn’t make it home, so we called for rescue from my co-pilot’s wife and dumped the car on a quiet side street waiting for pickup from a local scrapper. And so our dreams of jumping a 190E over sand dunes ended, R.I.P Butterface.

My co-pilot and I ended up driving his perfectly normal daily-driver over to central Oregon then trading it out for mother-in-law’s 1982 Jeep Wrangler. We initially had some troubles starting it (turns out gas engines don’t work without gas) but once we got it going, what a champion! It hadn’t been driven in 1.5-2 years, but it never failed us all weekend. Well except when the rear bumper mounts were completely rusted through and the hitch-mounted rack (attached to the rear bumper, because racecar) sagged its way almost completely off. Anyway, the trip to get to Gamblertown was largely uneventful after receiving the Jeep, just loud, hot, and full of laughs as various shitbox cars with rattle-canned paint jobs followed us down the road.

Gamblertown, USA. What a wild place. This year’s event took place at, what I can only assume was an active, pumice mine. Cool right? Well, not really cool, just DUSTY. Incredibly dusty, to the point that my throat and lungs felt like I had smoked 10 packs a day for my entire life. Touring the array of Gambler-mobiles made me forget that I couldn’t breathe though. 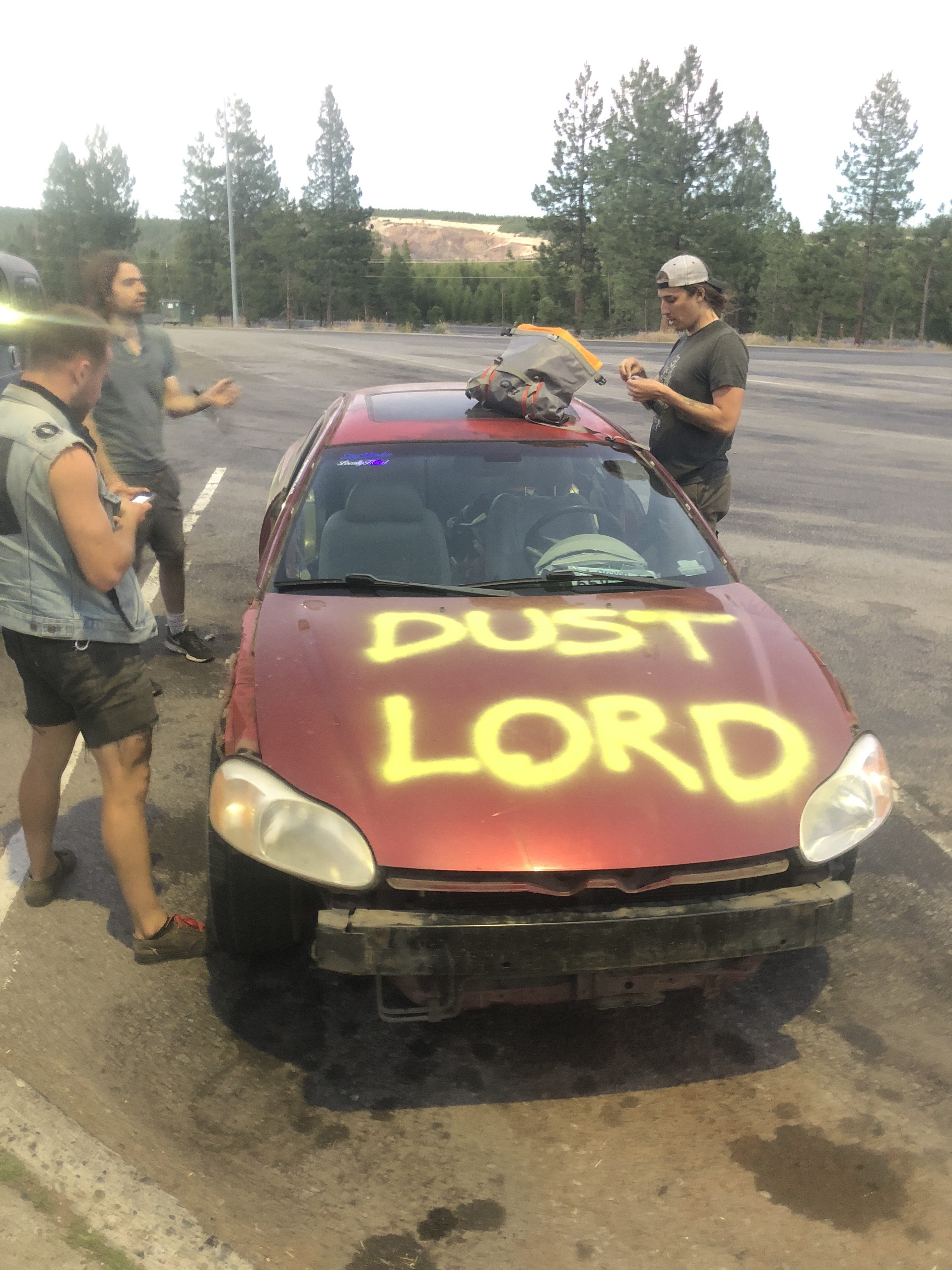 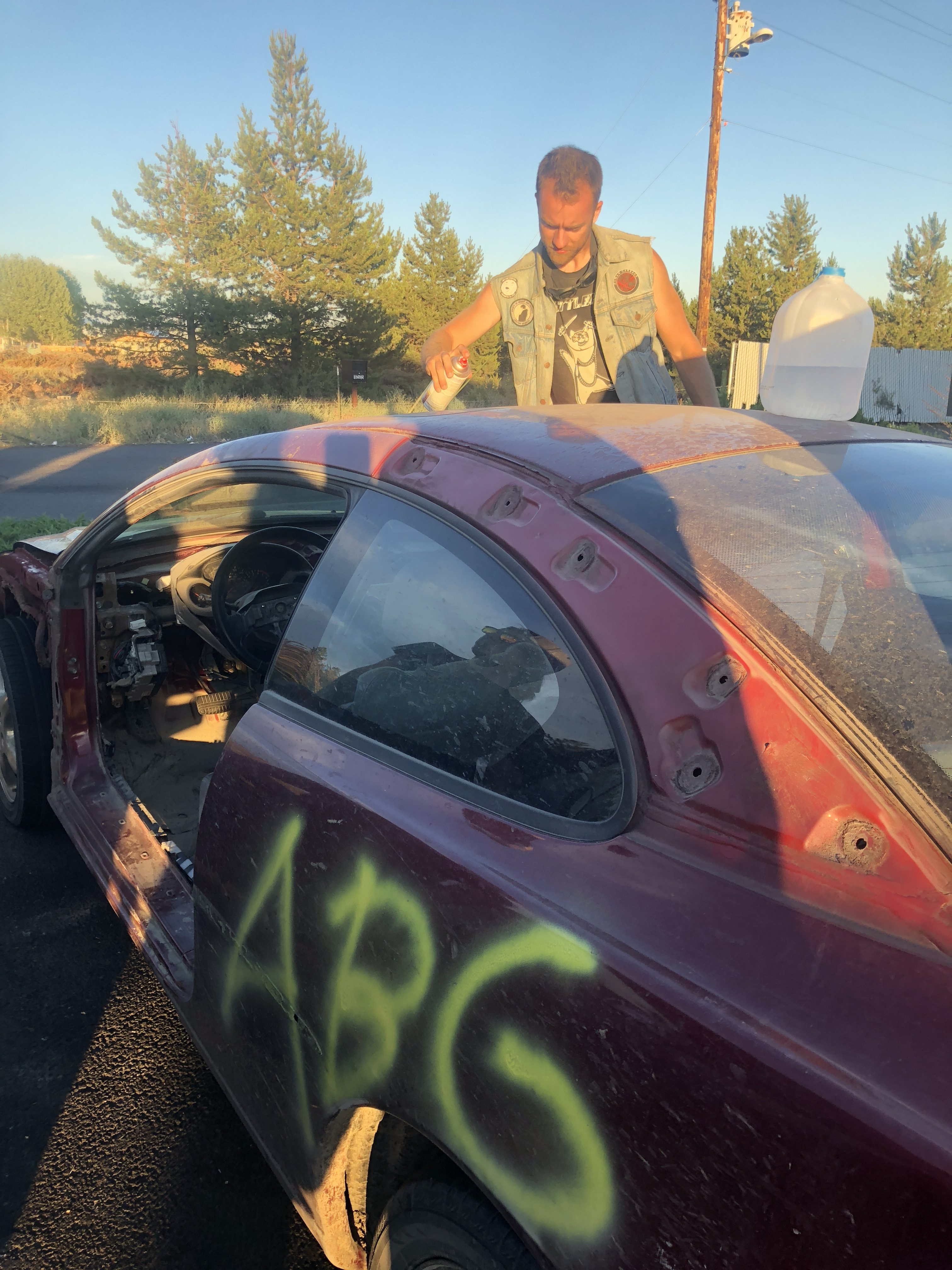 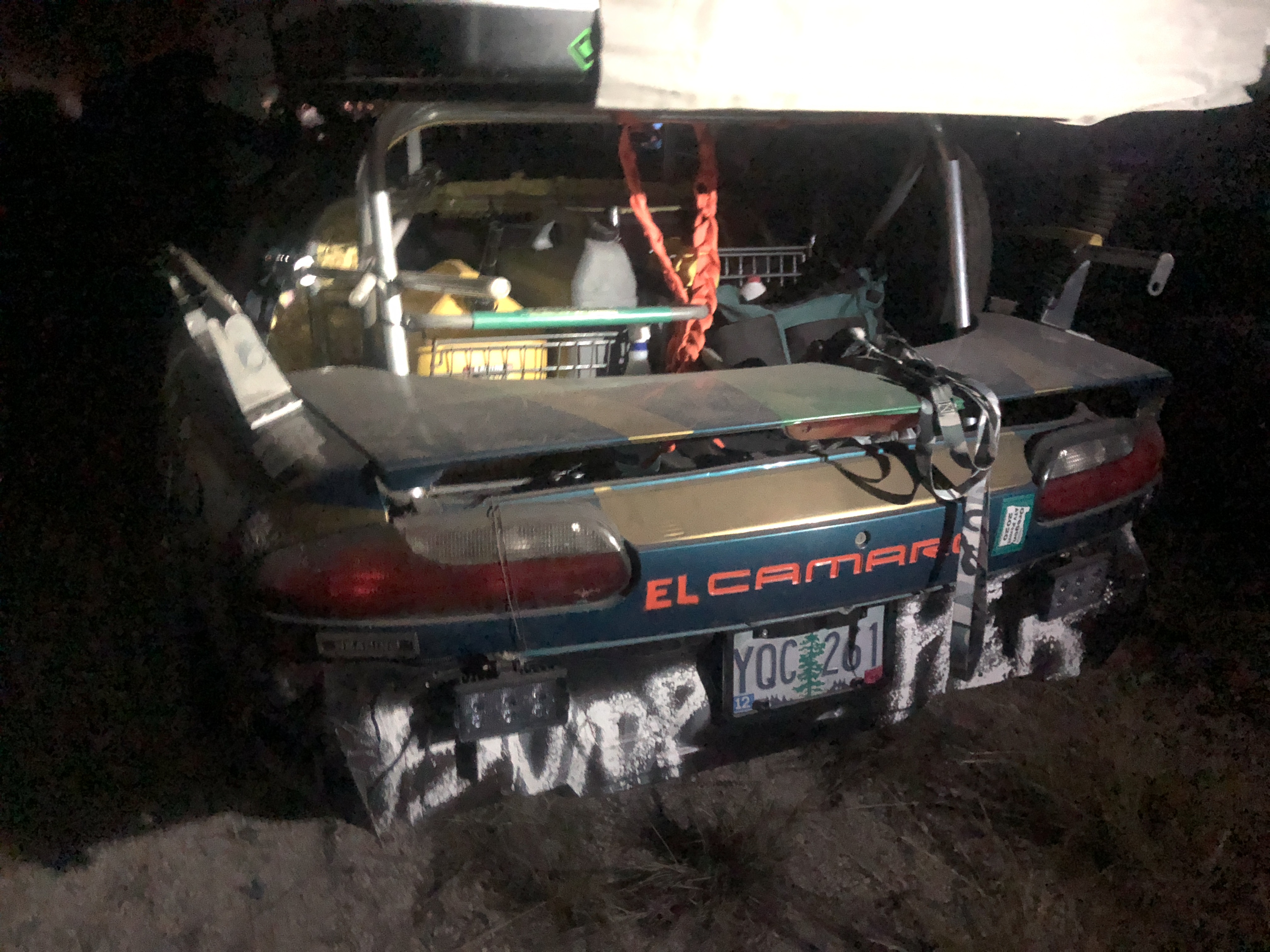 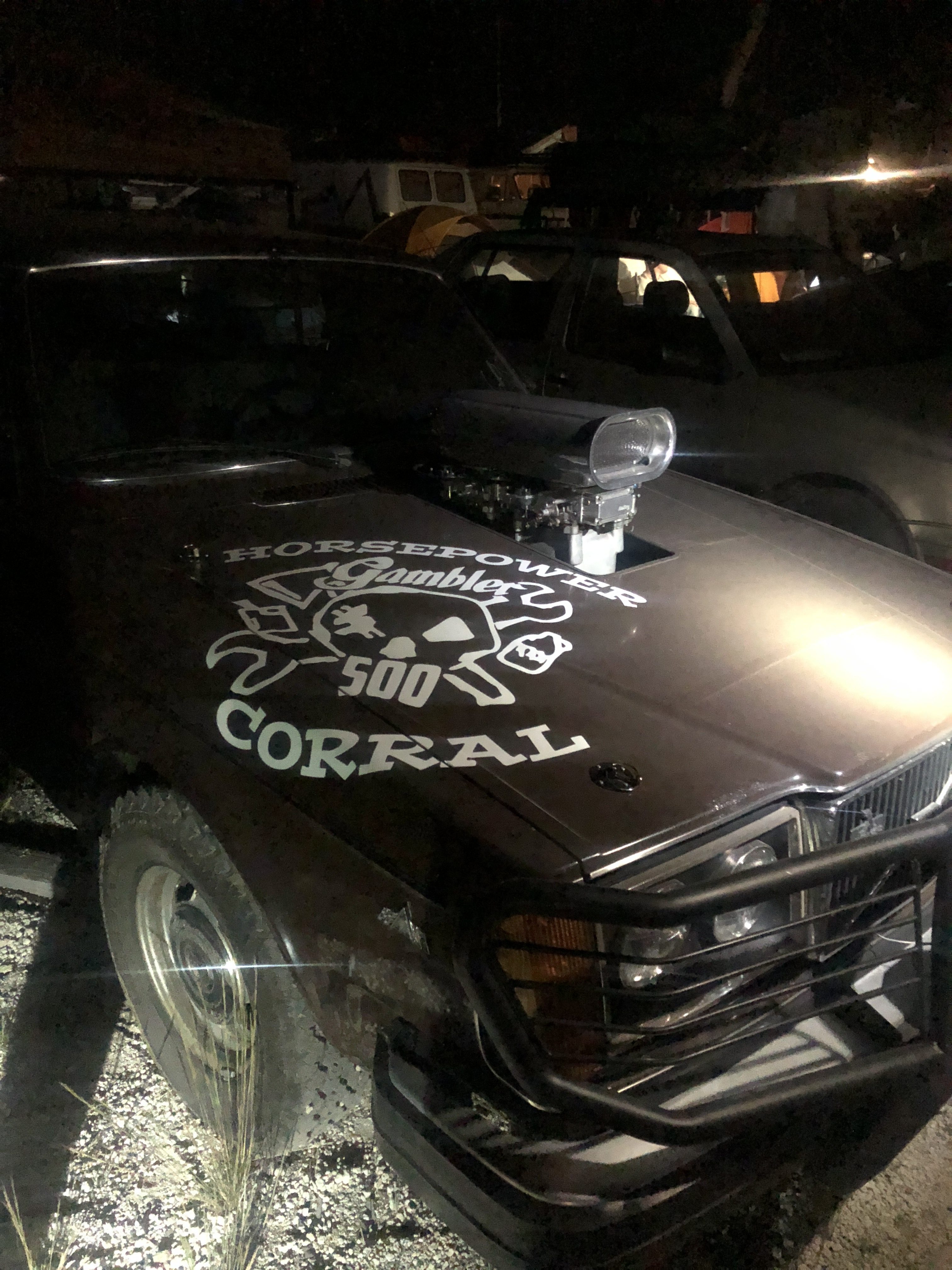 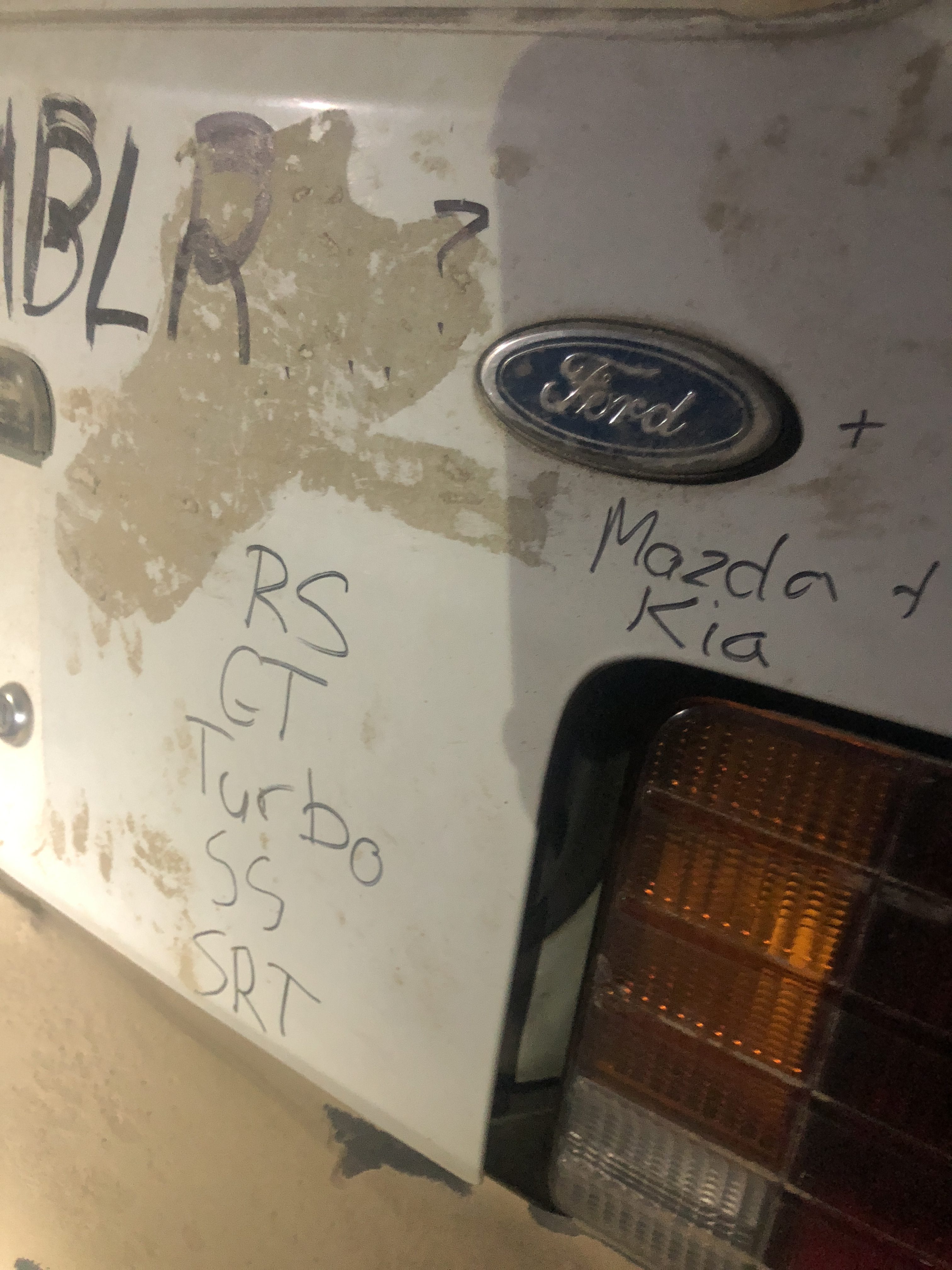 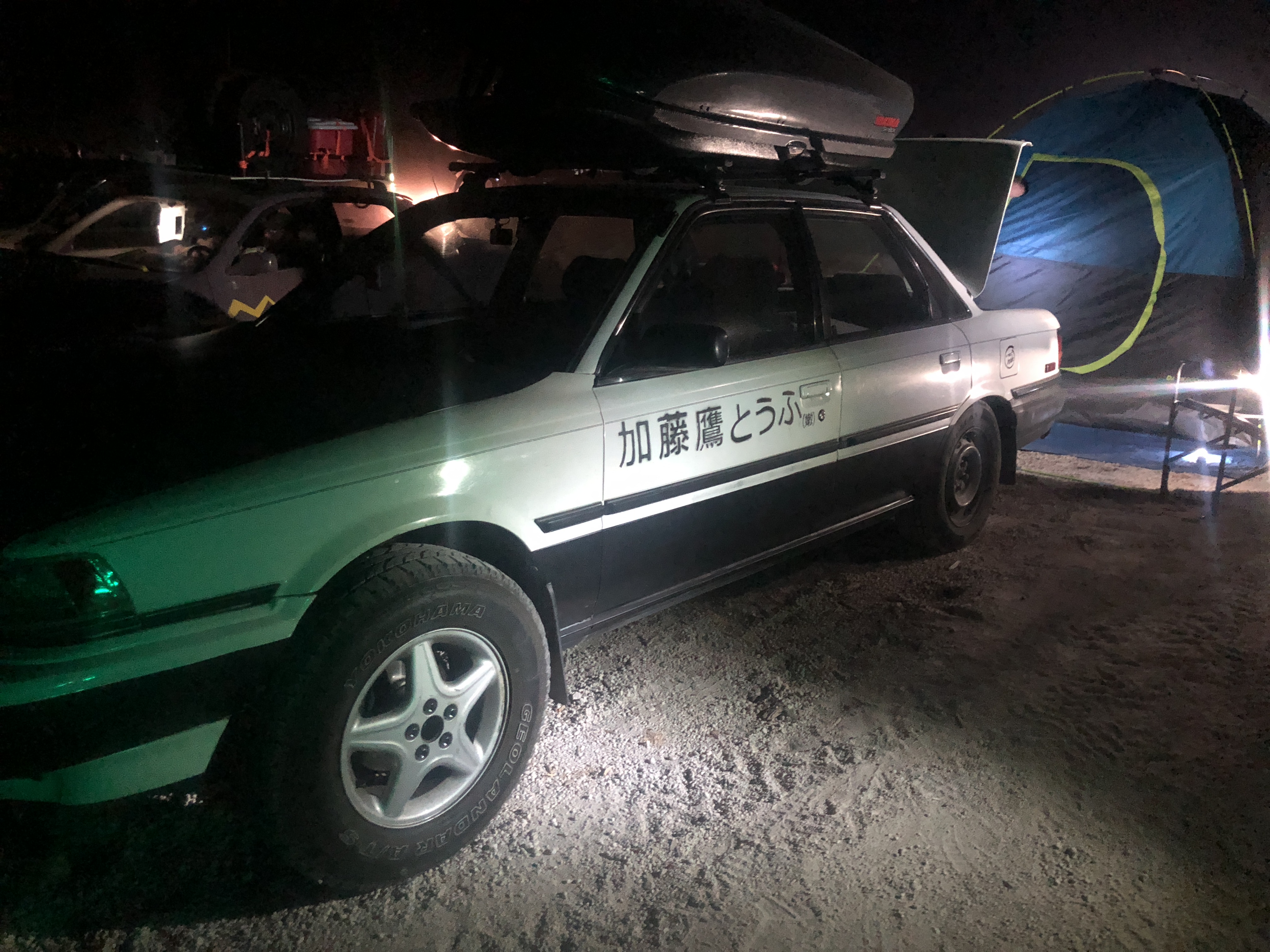 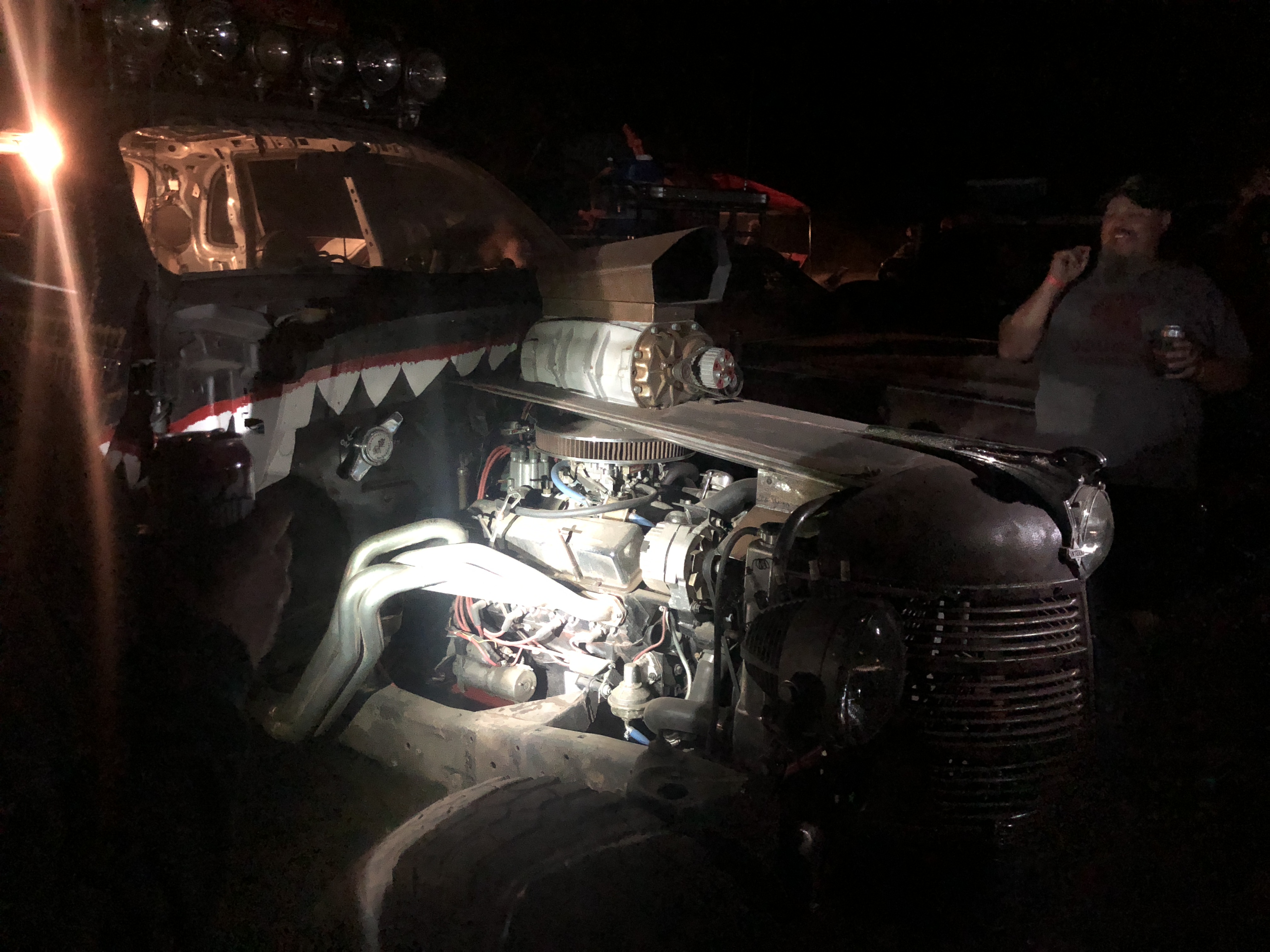 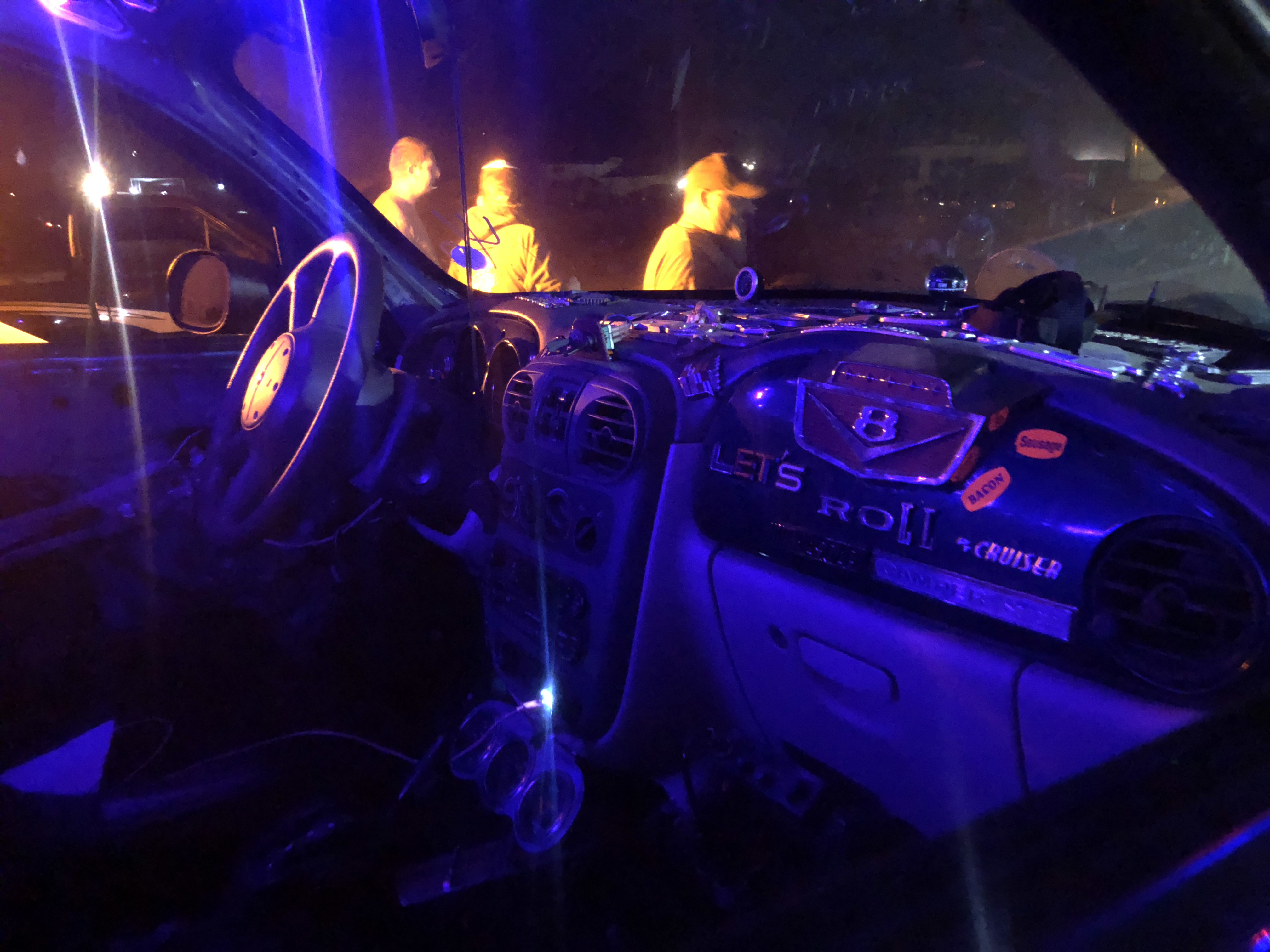 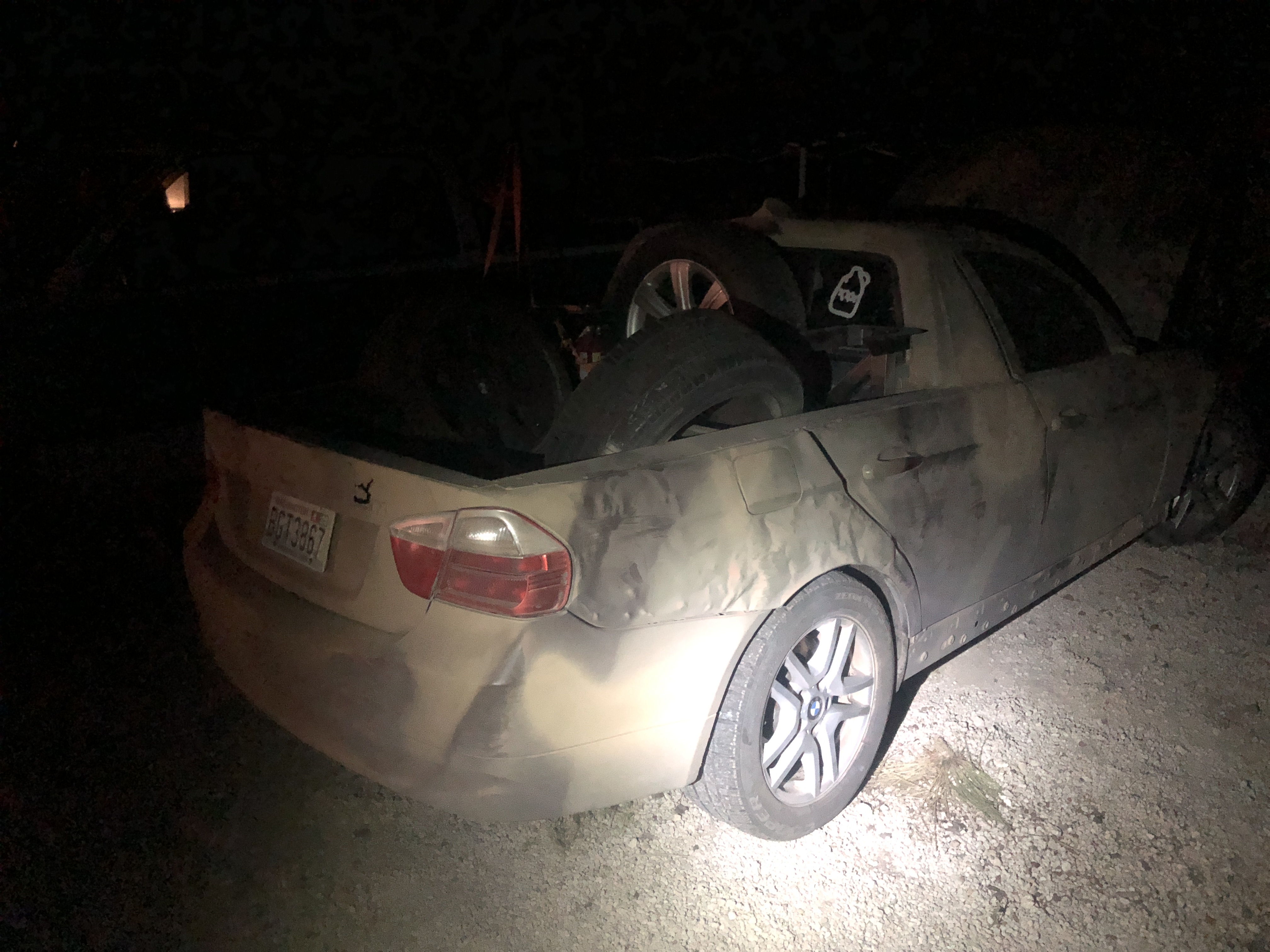 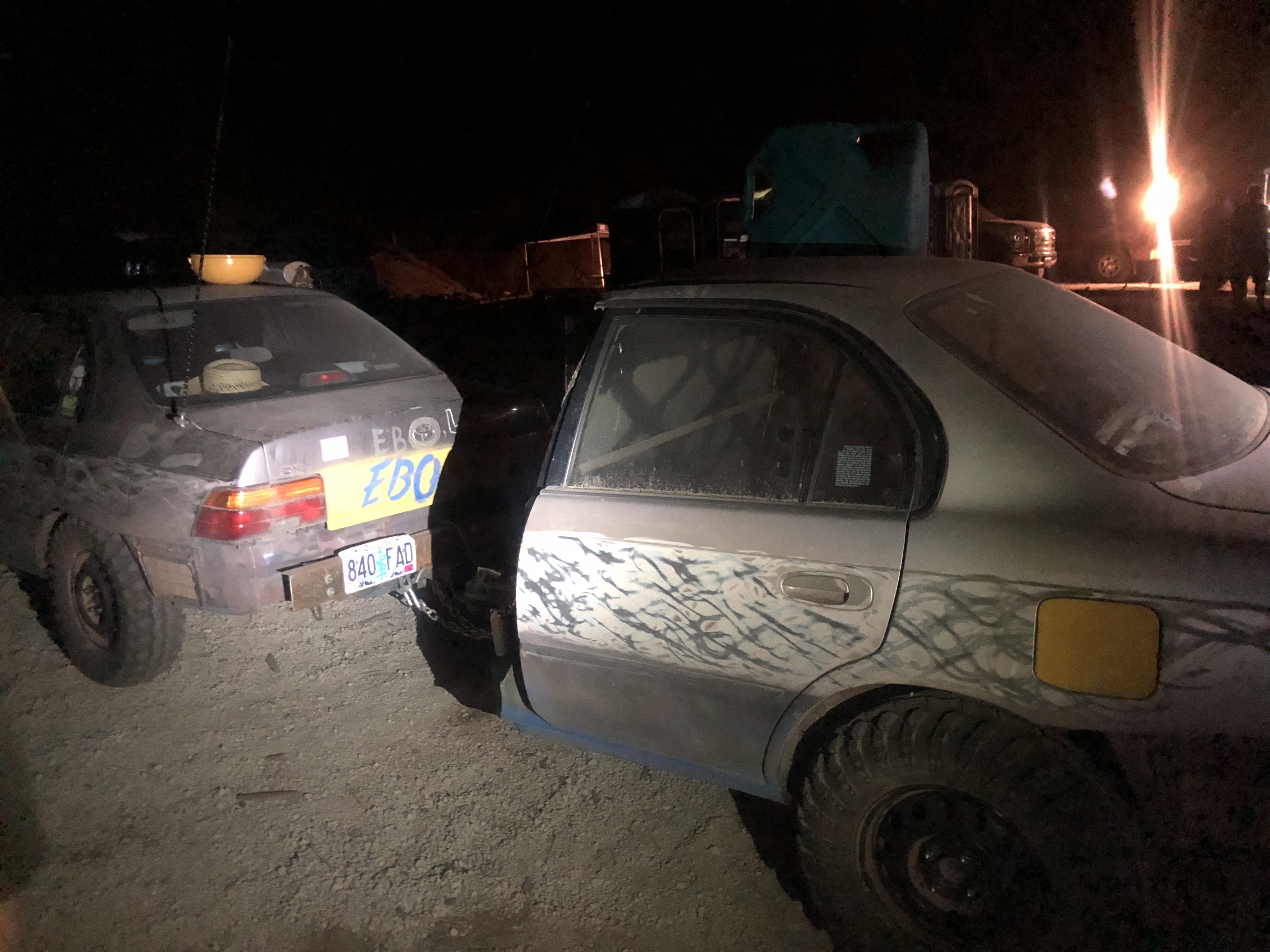 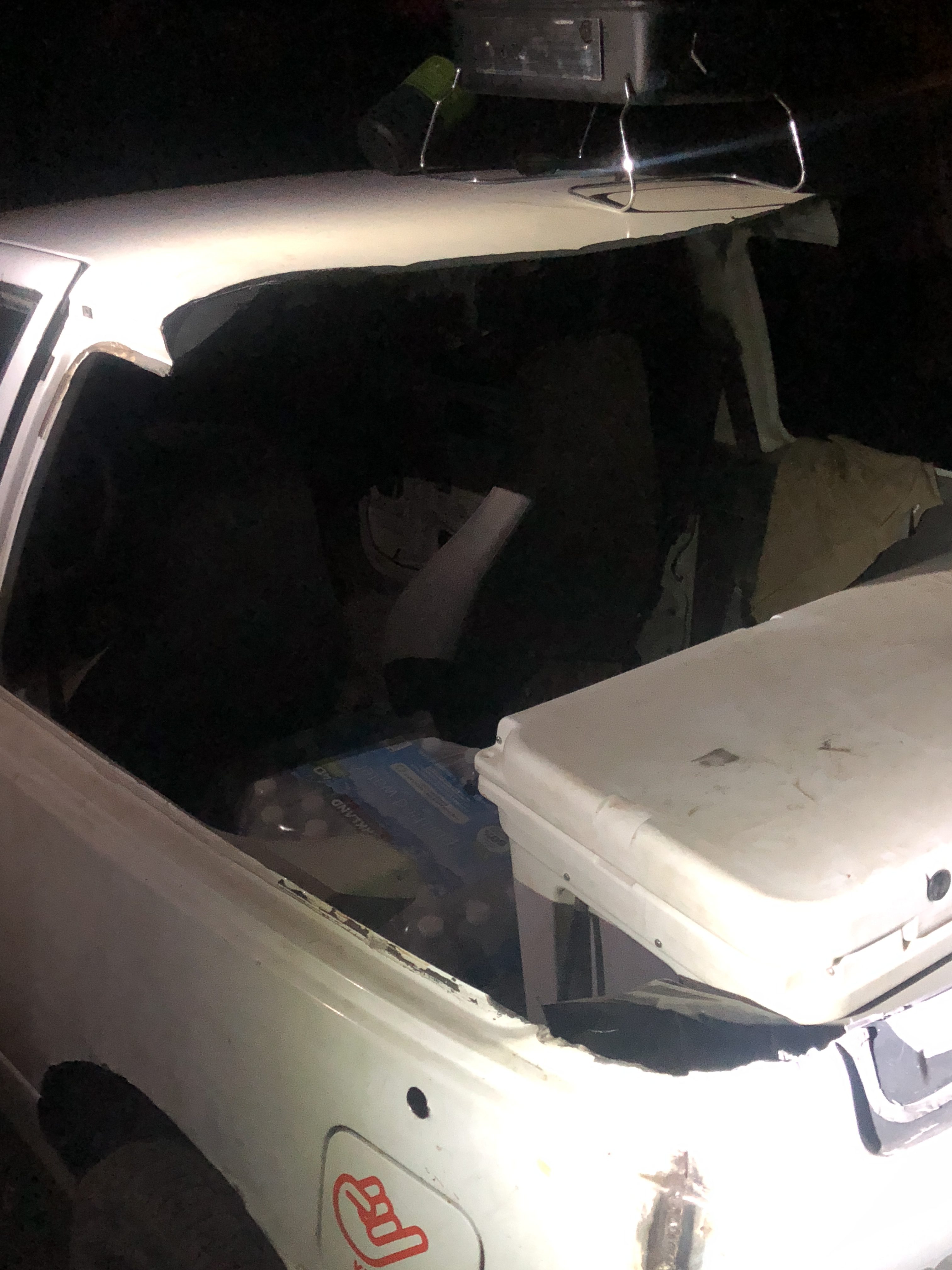 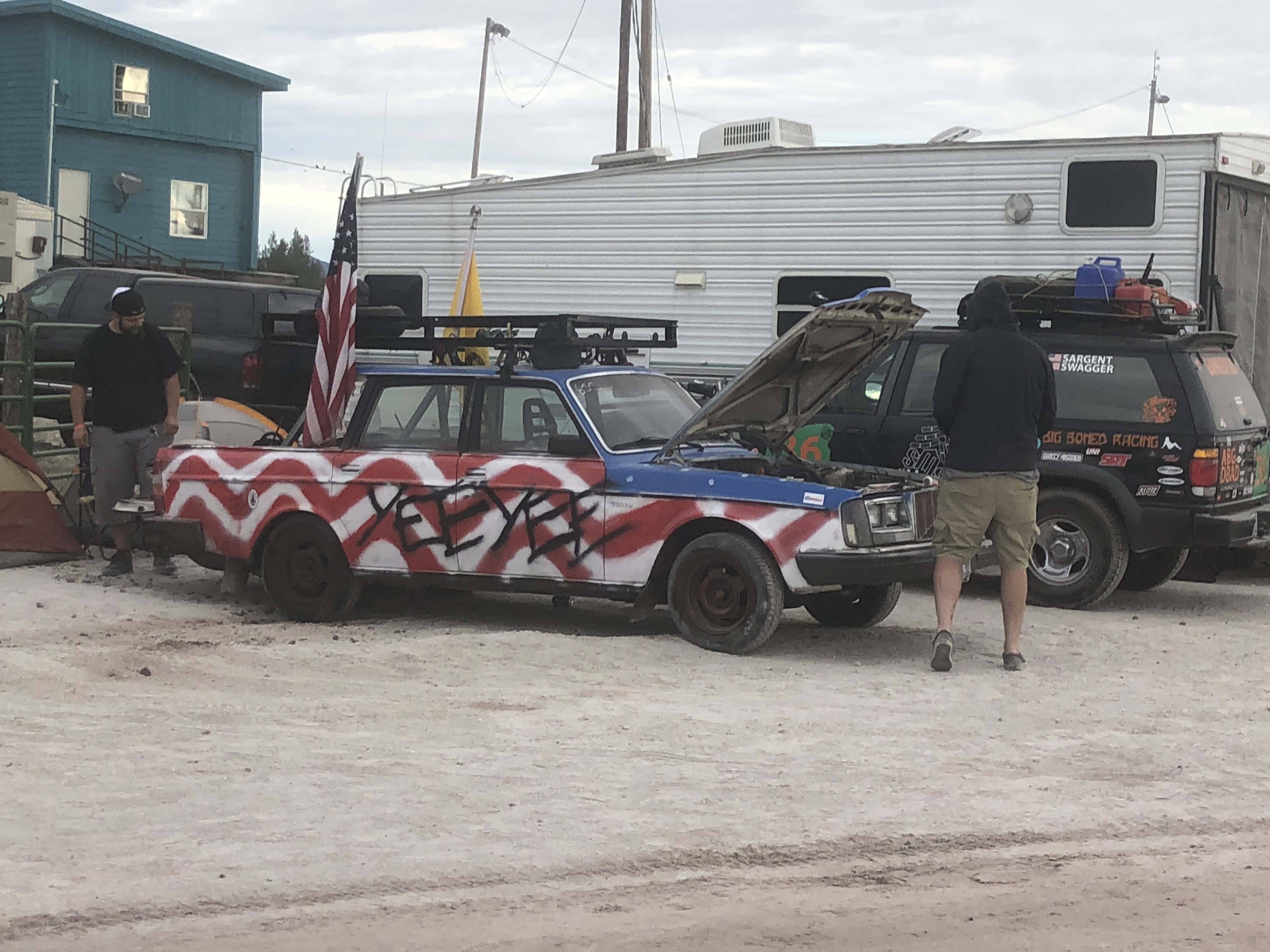 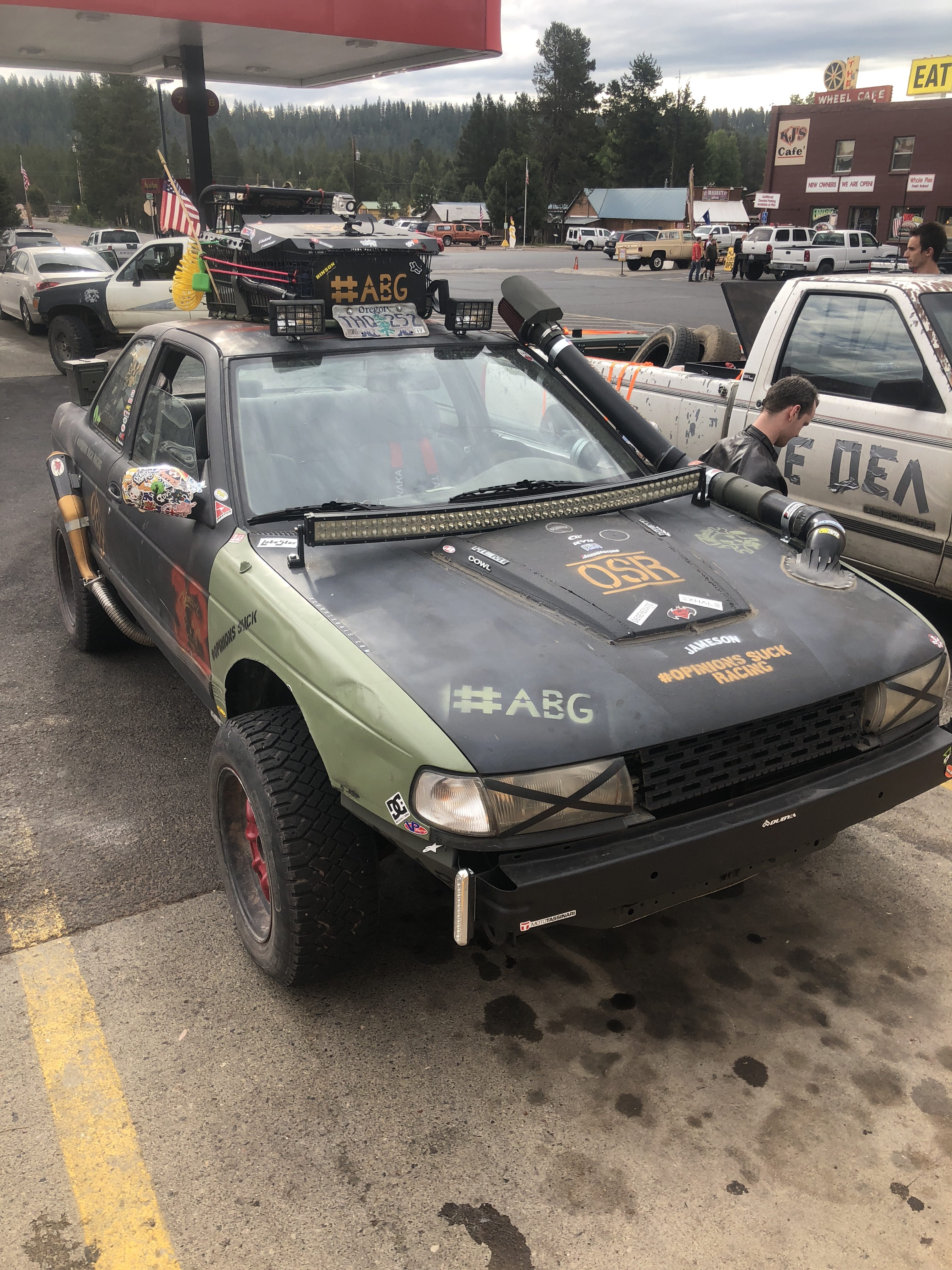 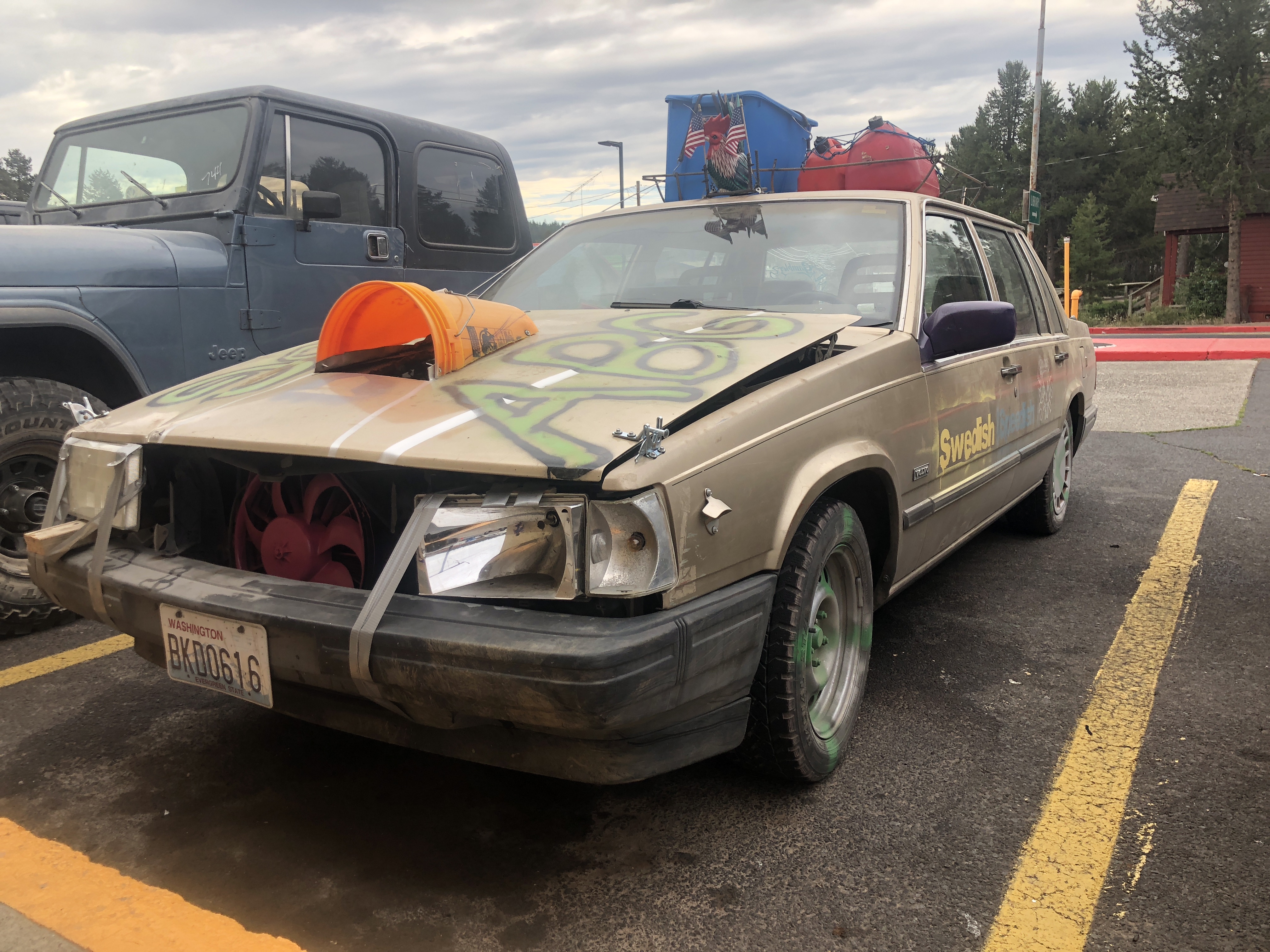 We awoke the next morning dusty, scratchy, and excited to thrash around off-road with our new found friends. We hit the road, and it didn’t take us long to find other Gamblers off the side of a road in a pretty large sand dune pit cutting cookies, jumping dunes, and doing other dumb shit. We were so down. Too eager in fact, as we got both of our vehicles stuck in the soft sand, and had to rely on our new friends to tow us out, one with a F250 and the other with a hand-held electronic wench. After being rescued we watched a hilarious crew in a bone stock, Martini Racing liveried Toyota Sienna jump a dune and almost plow into an old Land Rover. Oops! 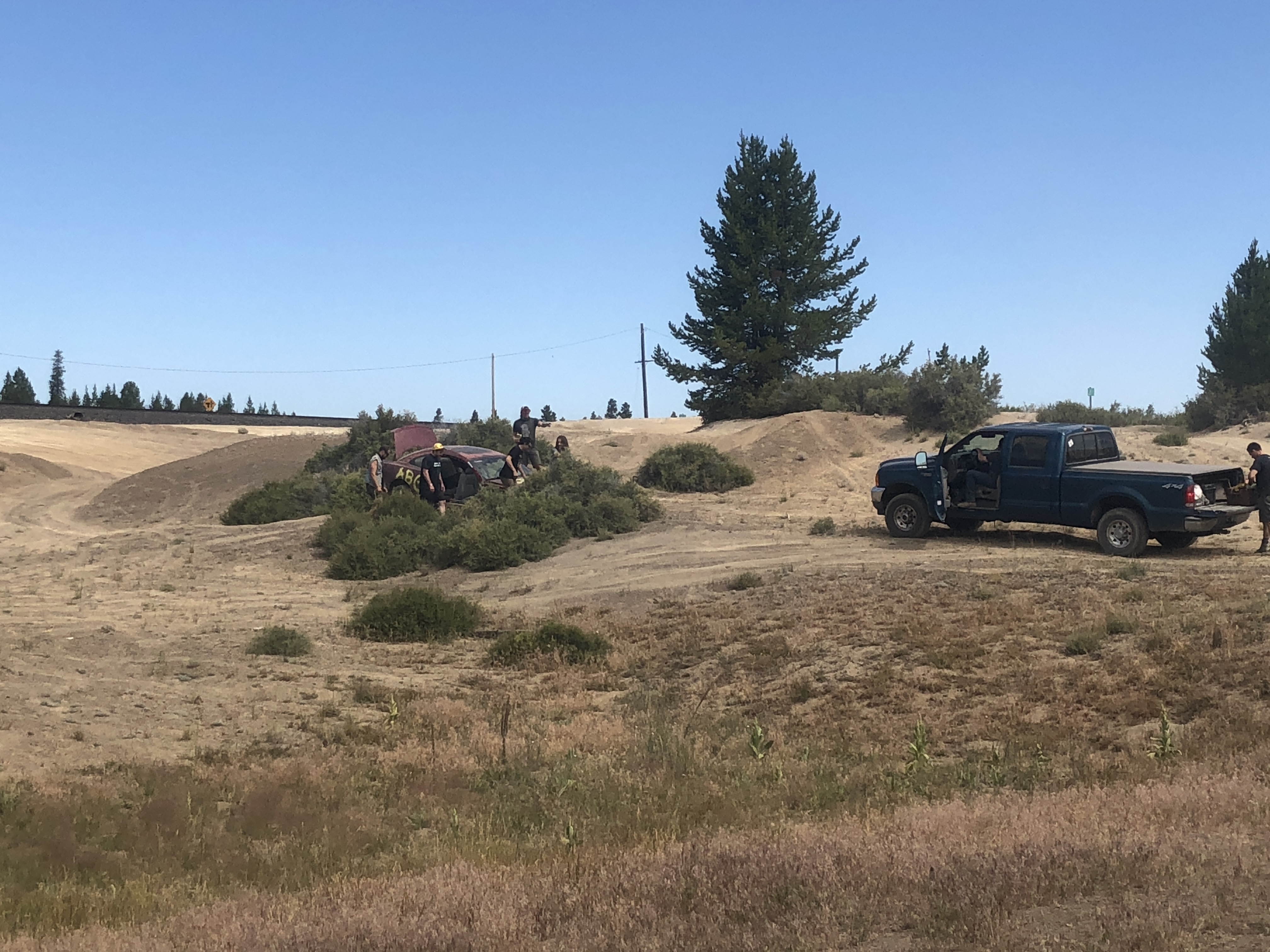 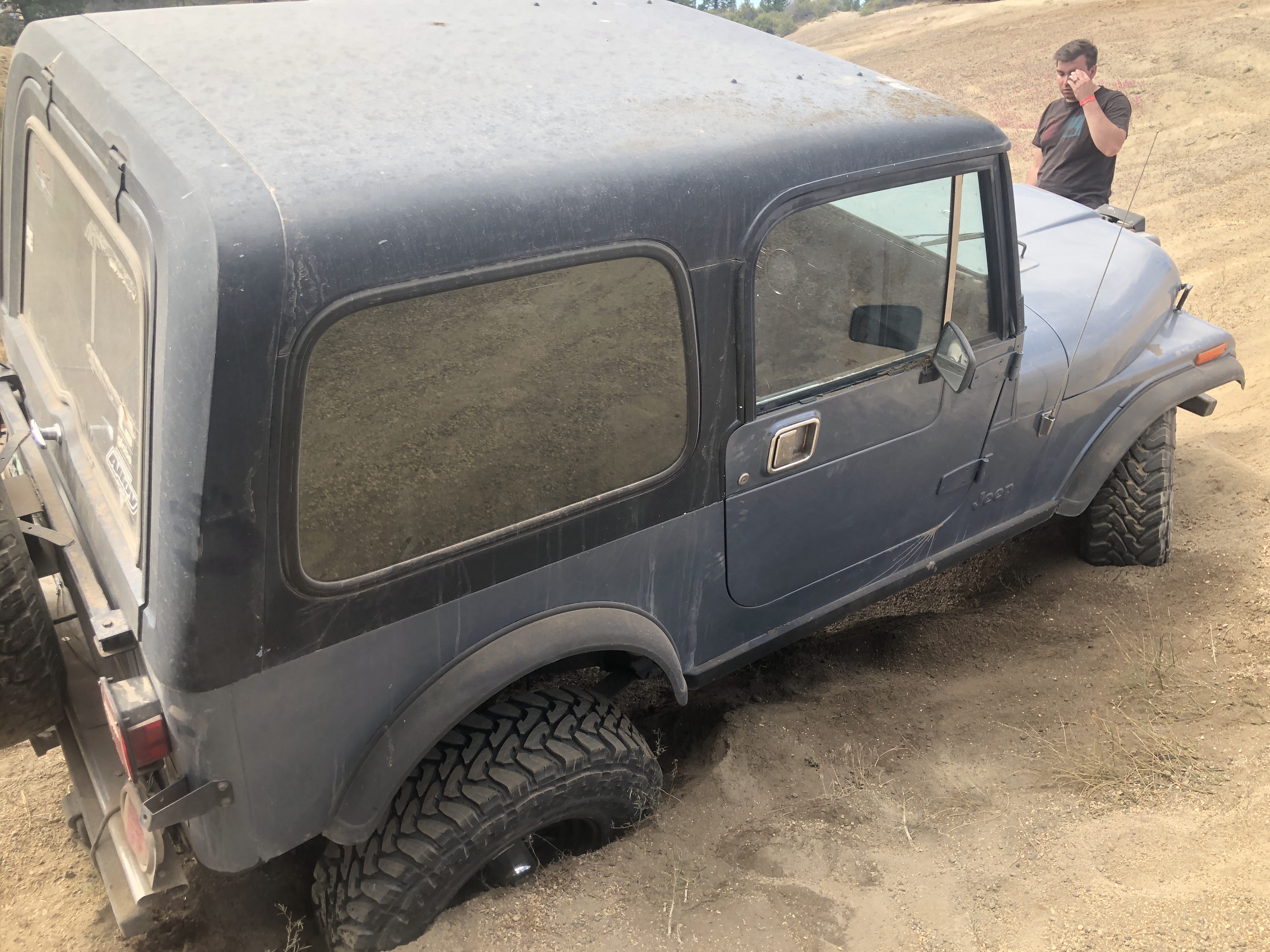 We carried on exploring the area which, by the way, is FULL of ATV trails, forest roads, washboard-y gravel roads, and other prime places for off-roading. Highly recommend the Deschutes National Forest area around Chemult and La Pine, Oregon. 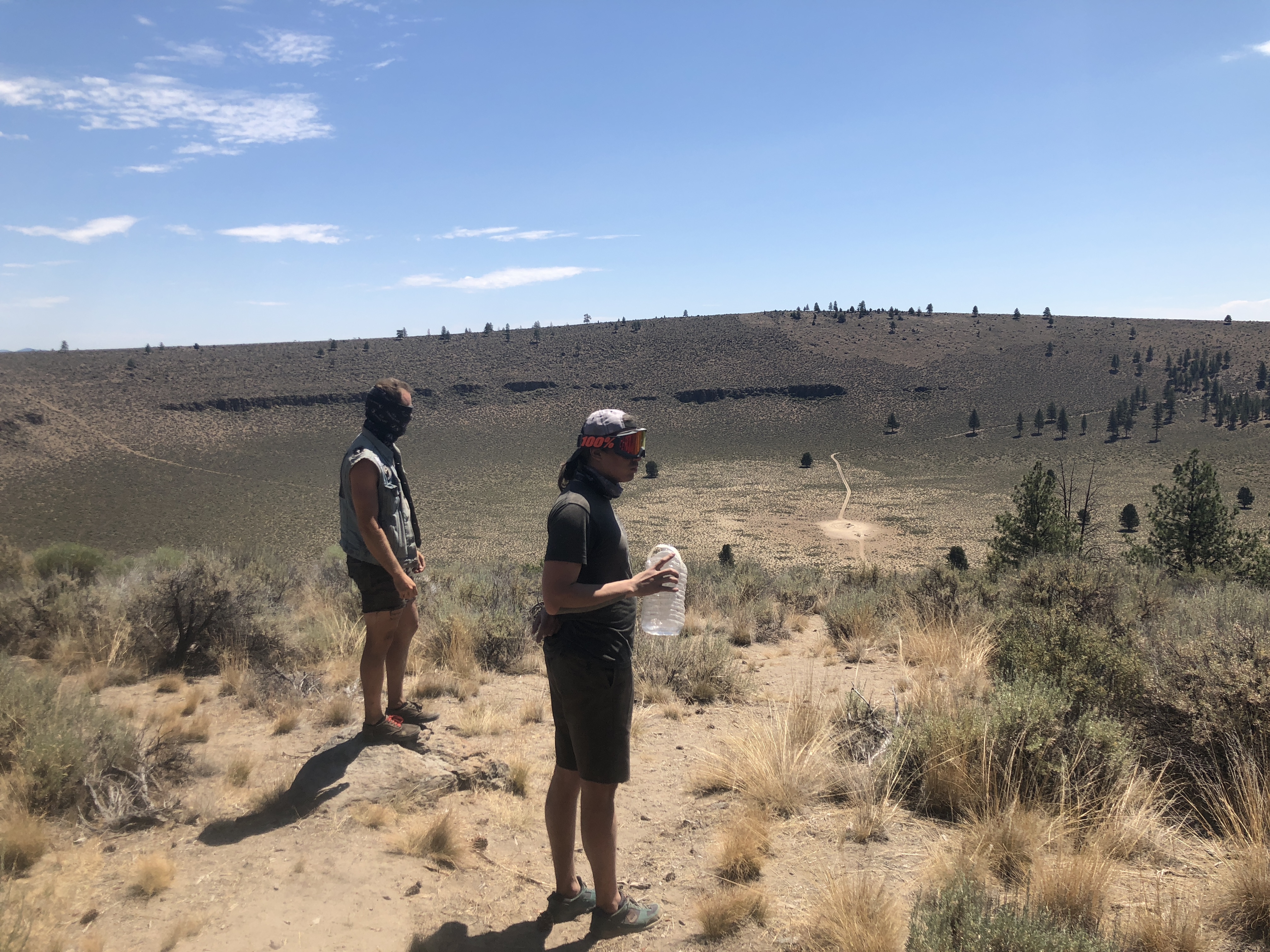 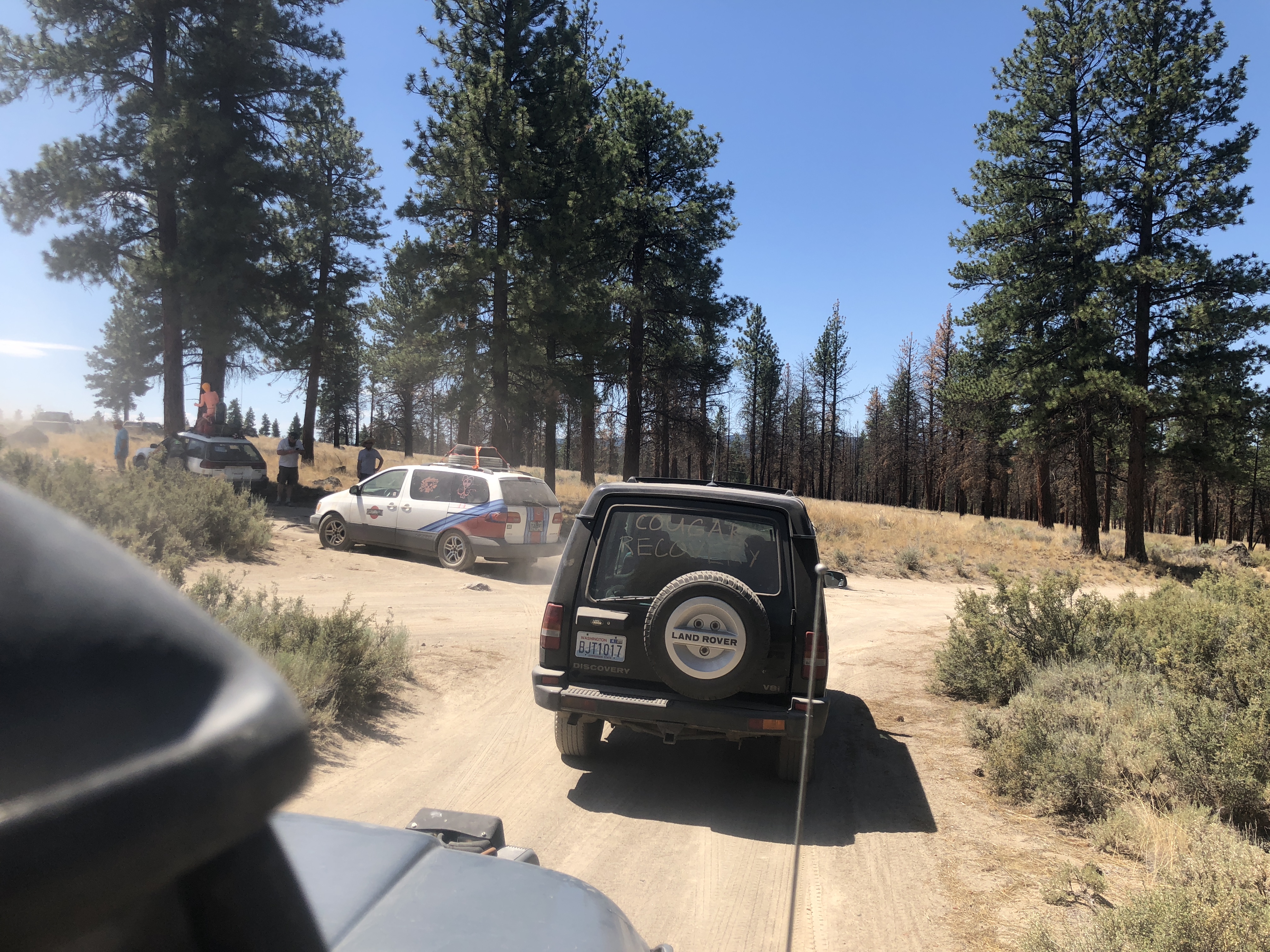 Near the end of the day our two-vehicle squad lost each other, and decided to call the Gambler weekend quits on our own accords due to the incredible amount of dust and dirt in our lungs, and general exhaustion from wrestling cars around off-road in 90 degree heat all day. The Gambler 2018 was a huge success. I had a great time learning more about car mechanics, doing dumb stuff in the forest, and having out with my fellow car nerds.

Preparations for next year

What to bring for next year, in order of importance:

Requirements for our next ride include:

So in short we’re thinking a late 90’s / early 00’s Subaru wagon of sorts, with a raise, chunky tyres, light bar and a full length roof rack. To be continued…